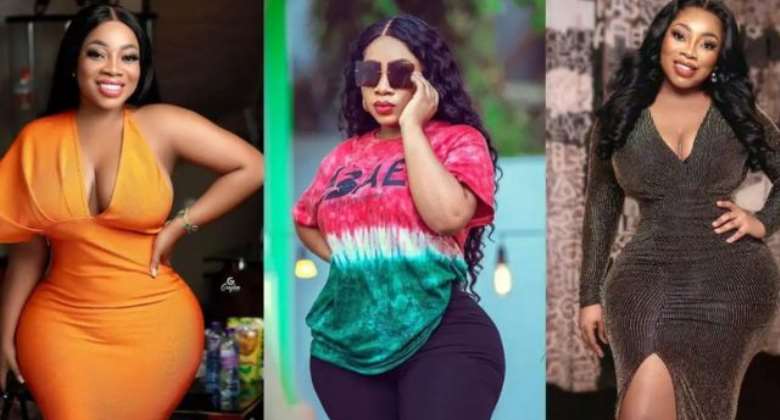 Repented socialite, Moesha Bodoung has debunked all claims by her former personal assistant that she ever had a romantic affair with an occultic man.

It can be recalled that shortly after her life-changing with Christ last year, there was a leaked audio that went viral indicating that the actress was allegedly going out with the said occultic gentleman.

The audio, which was a conversation between her former P. A and actress Salma Mumin indicated that Moesha clamped in on her occultic lover whiles he was making sacrifices to his deities.

It was established in the conversation that the incident led to the socialite losing her mental consciousness.

In a recent interview with blogger Eugene Nkansah, the socialite rubbished the claims indicating that she was never going to do such a thing in her life.

She said the P.A lied in the leaked conversation and has no proof to that effect.

“All that Nelson said were fabricated stories and I would personally invite him to an interview and make him publicly confess to the general public. I am never all that my P. A said about me. I only accept the story about Salma because openly fought me online for the whole world to see,” she said.