Ex Doe is like a monument in Ghana music — TiC 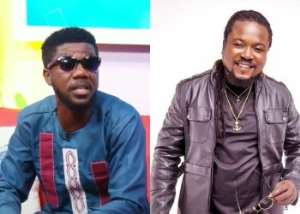 Hiplife sensation, TiC has lauded his colleague rapper, Ex Doe for his contribution towards the building up of Hiplife and Ghanaian music in general.

Speaking in an interview on Citi TV’s Upside Down show, TiC described his contemporary friend as a ‘monument in Ghana music’.

“Ex Doe is like a monument in Ghana music. He was performing everywhere in the country, and he showed us the way,” he said.

He added that Ex Doe’s exploits in the Ghanaian music terrain played a pivotal role in paving the way for himself (TiC) and some other renowned artists who took the Hiplife genre to other countries.

“People like Ex Doe showed the way, but I am like a traveler because I took the music to other countries,” he added.