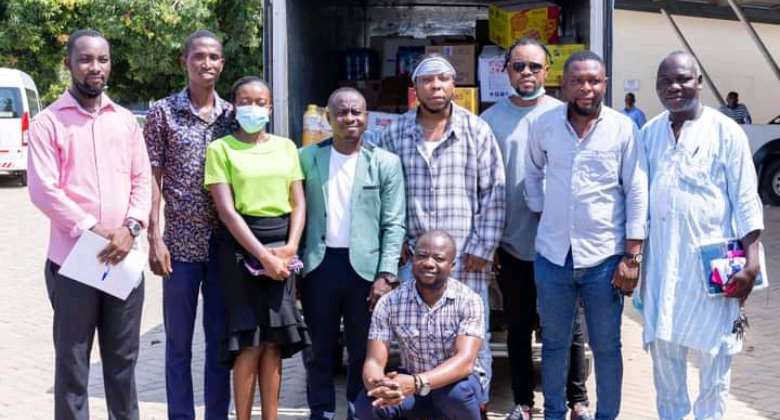 Popular Ghanaian musician, Danning Edem Hotor popularly known as Edem, has donated some relief items to the victims of tidal waves that strike the coast of the Volta region on Tuesday, November 30, 2021.

The items donated include foods and drinks to support the victims.

Mr Edem Hotor in an interaction with the media disclosed that the kind gesture was to help alleviate the sufferings the tidal wave victims are going through.

According to him, he is ever ready to help even with the little he has as a sign of love and care to fellow neighbours in Ketu South Municipality, Keta municipality and Anloga district.

He further visited some of the affected areas along the coast to encourage victims to stay strong.

"Am here with the little l have to support my own people who were unfortunately displaced by the tidal waves," he stated.

Mr Emmanuel Gemegah, the Municipal Chief Executive (MCE) of Keta who received the items on behalf of the victims thanked Edem Hotor for his kind gestures.

The MCE called for more supports for the victims as they await government to come out with proper plans to tackle the issue once and for all.

What's the big deal if military is withdrawn from Speaker Ba...
50 minutes ago

Bogoso explosion: 500 houses blown into pieces at Appiatse
52 minutes ago