VGMA 2021: KiDi sure of winning Artiste Of The Year from Kuame Eugene 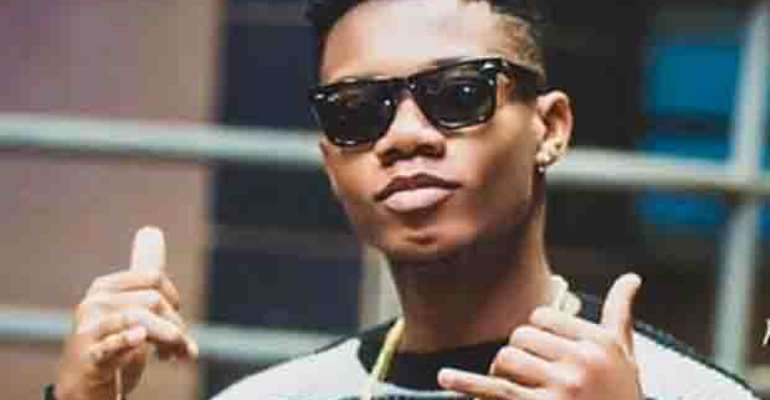 Highlife/afrobeat singer and songwriter, Dennis Nana Dwamena with the stage name KiDi, has said he deserves to be crowned the next Vodafone Ghana Music Awards (VGMA) Artiste of the Year considering his amazing track record in the music industry.

The 'Enjoyment' hitmaker, who had worked hard enough as a performing artiste, believes the success he has chalked in 2020 makes him the favourite for the award.

His songs released so far have made a lot of impact on the music scene and as such an award at the VGMA would mean that his work and effort in the music industry is appreciated.

KiDi in the year 2020 under review released his Blue EP with hit song, 'Say Cheese', which also made a lot of impact on the local music scene.

He won the Album of the Year with his album titled 'Sugar' at the 2020 VGMA, in addition to the numerous accolades he had won over the past years.

In an interview with Amansan Krakye on Kastle FM, KiDi indicated that based on achievement, it would be unfair if the awards scheme fails to honour him with the Artiste of the Year award at this year's VGMA.

In the past, only legendary stars such as Daddy Lumba, Lord Kenya, Kojo Antwi, Ofori Amponsah, Samini and the likes have won this award. In recent years, Sarkodie, E.L, Stonebwoy, Shatta Wale, Joe Mettle, Ebony and Kuami Eugene have also added their name to the list.

Signed to Lynx Entertainment, KiDi has established himself as one of the fastest rising stars in Ghana when he released another chart-topper titled 'Odo' in July 2017. He did the remix of the song in December 2017 featuring Nigerian artiste Davido and Mayorkun.

He won the Highlife Song of the Year for his hit single 'Odo' at the 2018 Ghana Music Awards.

He then went on to win the Male Vocalist of the Year at the 2019 Vodafone Ghana Music Awards (VGMA) and Album of the Year for his debut album 'Sugar' at the 2020 VGMA.

KiDi has also performed on the same platform with the likes of Sarkodie, Samini, Tiwa Savage, Shatta Wale, Wizkid, Patoranking, among others.

He has also written for Ghanaian acts including the award-winning MzVee and Adina, and has collaborated with artistes such as TiC, Ko-Jo Cue, Magnom and Kwesi Arthur.