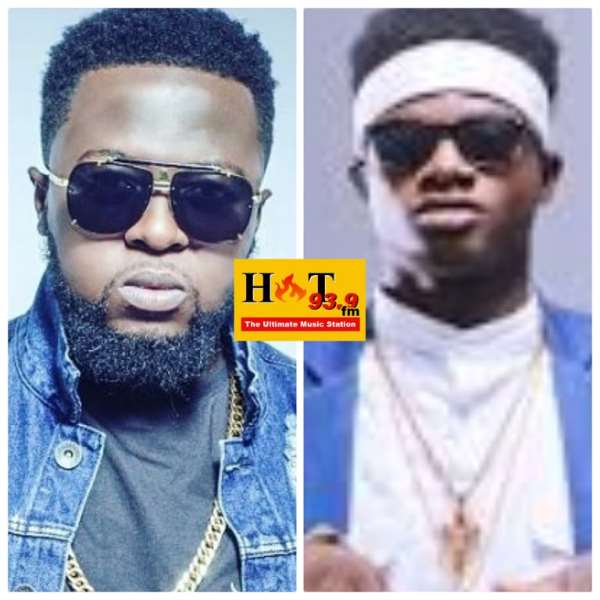 Celebrated Hiplife/Hip Hop artist, Guru has explained why he released a diss song dubbed ‘Who Born Dog ‘ for VGMA’s Artiste Of the Year winner and Lynx Entertainment signee, Kuami Eugene.

Guru, on Friday took the beef with the Lynx Entertainment signee, Kuami Eugene, to a whole new level by releasing the diss song.

Ever since he dropped the song, many entertainment pundits and some showbiz personalities have questioned the relevance of the song.

According to them, Per Guru’s status in the music game, it was irrelevant for him to have produced such a song for an artist like Kuami Eugene.

But explaining the motive behind the song on Nhyira FM monitored by Hotfmghana.com, Guru indicated that he was expecting Kuami Eugene to be remorseful by coming out to apologise to him but the singer disrespected him again by producing a live video to mock him.

“Imagine the level I have gotten to with Richie in the music scene and we sitting on TV (UTV) solving our differences, then after the interview someone sends you a video and in the video, you see the same artist who made that loose comment teasing us.

...The same artist his manager was speaking for goes live and mocking us….So I asked myself whether it was a planned thing…Initially, I announced that I was going to release the song on Monday…but on Monday I was expecting them to come out and debunk the act so I couldn't release it``.Guru said.

Fumed Guru Continued,” But Tuesday, Wednesday, Thursday, I never heard anything from them so on Friday I decided to drop the song …people say he is a small boy, so because he is a small boy I should allow him to disrespect me…I respected Kuami Eugene by sending him a first letter so I was also expecting him to reciprocate my gesture but he rather disrespected me”.

The NKZ CEO In the “Who Born Dog’ song claimed that one of his hit songs is bigger than Kuami Eugene’s entire career. The to the cleaners describing Kuami Eugene as a pornography addict who has an awful taste of fashion.

He cautioned Lynx Entertainment to brace themselves because he is ready to send them to hell.

Akuapem Poloo conviction should serve as a deterrent to nude...
31 minutes ago