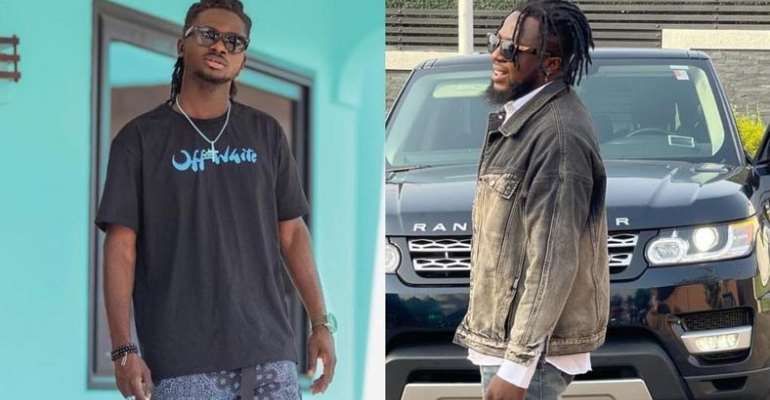 The diss track “Who born Dog' has received a lot of attention on Twitter after its release on Friday, 19 February 2021 following the misunderstanding between the two acts.

“Guru used Kuame Eugene's wish me well diss am like 1000”

Others also wrote,@gyaigyimii” Guru in problem bi say Kuami Eugene dey reign rydee wey he dey flex am. In be what dey bash am. But wiasi obiaa ni ni time. Guru in time pass rydee kuaami Eugene dey allow the boy to grow. Legends coming at the Young artists for relevance no dey make sense”, @kwadwosheldon, this dis song be more than 5 mins? Lol did he sample the songs of Solomon or he remixed Methodist hymns.. Guru should be serious!, @akosua_amoabea “ should I install Gurus song? Or I should upload it I'm confused

The VGMA artist of the year, Kuami Eugen afrobeat artist is yet to respond to Guru's diss track

Recently Kuami Eugene claimed he could not work on a song with Guru because he disrespected his manager Richie Mensah.

Rapper Guru who also responded to Kuami Eugene's recent remarks said his 13 years of experience in the music industry over the years have made him realize that the industry needs to join hands in these difficult times.

“I asked for collaboration from Kuami Eugene some three years ago, there was no misunderstanding between him and Richie Mensah, adding, we need to join hands to improve the industry”.