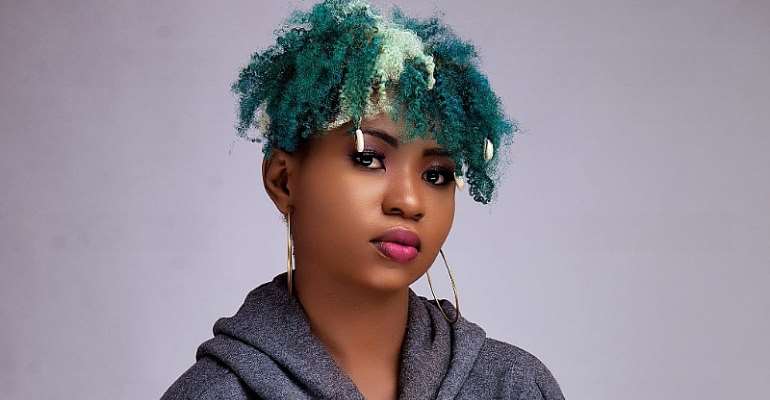 Born Anda Dramani, a female vocalist with the stage name Mz Anda. A Ghanaian by birth from the Savannah Region, Bole. Though a Gonja by tribe, she has lived most of her life at Kasoa the Central Region of Ghana. She attended her early and basic education at Kasoa and continued her secondary education at Mankesim Secondary of which she completed in 2017.

For circumstances beyond control, she could not continue her education to the tertiary level. She has always had passion for arts and although she was not certain which aspect of arts she wanted to major in, she studied visual arts. She began showing love for painting and ceramics and later in life she discovered her vocal ability.

Started Music professionally in 2018, after her debut release which happened to be her first EP "Spiritual Gangsta", she took a break to perfect her musical abilities. She resurfaced in 2020 with a cover of Epixode's "Too Much" which was a big come back for her.

Mz Anda defines her style as dynamic afro-soul and has the capability of doing awesome things in any genre she finds herself. She also has a strong passion for live music and believes herself to be more of a performer than a recording artist. Signed to UTSH Music LLC, Mz Anda envisions a promising future as she targets an international career in music.

Mz Anda the strong performing artiste believes GHAMRO is doing their work and as such distribution of royalties is their sole duty, as she prepares to release her single titled "May Be" after many years of recess.

The afro vibe tune, she believes would cement her stay in the music industry.