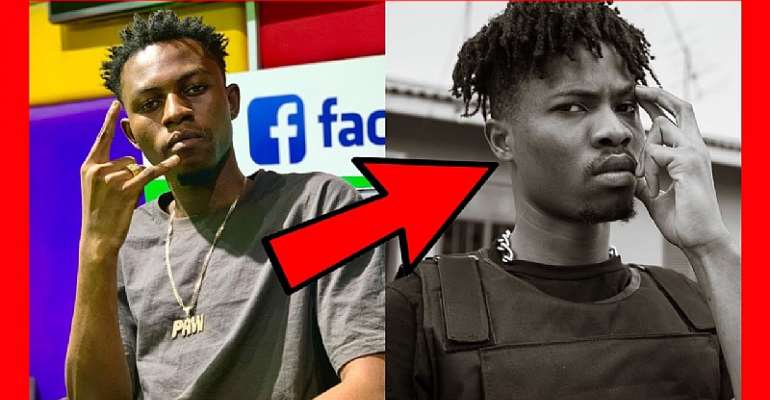 Kweku Flick has asked Ghanaians, especially his followers to not pit him against rapper Kwesi Arthur.

This comes after many fans have claimed that the new artiste is emulating Kwesi Arthur’s style.

After Kweku Flick debut with his ‘Money’ song, a lot of Ghanaians thought it belonged to Kwesi Arthur.

Some fans even asked Kwesi Arthur if he had ghostwritten the song because of how similar their “autotuned-like” voices sound.

However, the upcoming rapper is pleading with Ghanaians not to compare him with Kwesi Arture and moreover he is not emulating him.

According to Kwaku Flick, this has been his style of music since he started doing music at early age but because being in the underground for quite a long period, Ghanaians didn’t get the chance to notice him.

Modern Ghana Quote Reports
Catch up with all the political quotes from our politicians.
Sponsored
More Exclusive News
Modern Ghana Links
Video: Man demolishes beautiful house he built for his girlfriend after she dumped him
'Licking pussy is the main reason why most Ghanaian men are suffering in life' – prophetess reveals [video]
'Edey pain you' — Akuapem Polo as she flaunts her latest Mercedes Benz online [Video]
Davido tell fans how he started as a broke man
I gave Shatta Michy car and house — Shatta Wale exposes Baby Mama again
'I see myself dating Sister Deborah in my dreams' — Tutulapato
[Video] Afia Schwar blast Kumawood actress Vivian Jil, reveals more damning secret about her
Even if I did a threesome with Shatta Wale, what is your problem? – Shatta Michy blasts Ayisha Modi
Medical finally display daughter's face as he's set to release new album
Quote Reports Dossiers
TOP STORIES