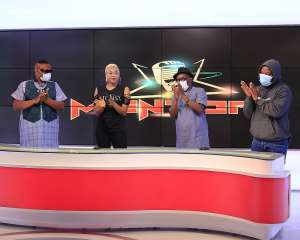 This year’s edition of the show is dubbed “Mentor Taking You Higher”.

Speaking on the station's preparedness for this year’s edition, the General Manager of Media General television, Francis Doku, said: “beyond offering a platform to discover extraordinary talents, we seek to add value and equip these young musicians with the requisite music business knowledge, industry insights and support to transform them into global stars”.

He further said “around the world, music is a multimillion-dollar industry and a major contributor to the Gross Domestic Product of countries. We at TV3 are convinced that when the right structures are built and activities within the Creative Arts sector streamlined, our music industry could potentially become a huge contributor to national development hence our efforts at helping to identify, nurture and hone young talents to contribute to the industry”.

The launch ceremony which took place during the TV3’s morning show on TV3, New Day, featured musicians Edem and Adina, industry veteran, Bessa Simons and Music Producer Appiah Dankwah, popularly known as Appietus, who are judges for this season.

Latest Photo Reports
Catch up with all the political quotes from our politicians.
Advertise here
More Industry News
ModernGhana Links
Yvonne Nelson wins GH¢500,000 defamation case against Mona Gucci
Ghana is seriously sick, the system are annoying and our leaders are stealing us – Kumchacha
Kweku Darlington claims he's rich enough to buy anything he wants now after Tim Westwood
P-Square must thrash out their past or risk splitting again – says Niibi Klala
20year-old video vixen, Whitney reveals how she got her $20,000
Kumasi theatre will be completed by end of next year – Okraku-Mantey
Nigerian star Joeboy, Reveals The Secrets behind hit song Alcohol, rise of Afrobeats and culture
[Video] My BP shot up when Peace FM disrespectfully sacked me from their entertainment show — Fredyma
[Video] I attempted suicide some years back —Fredyma
TOP STORIES