Waakye on the Verge of Death; Rushed to Spiritual Home 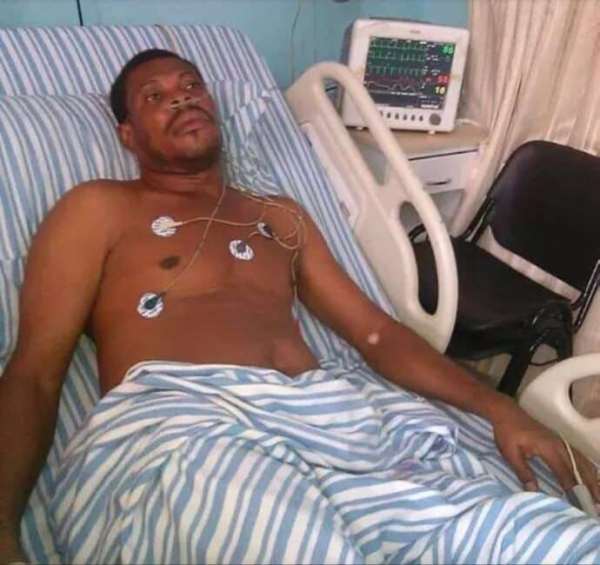 It was learnt a few weeks ago that Veteran Ghanaian actor and comedian, Prince Yawson, popular by the name Waakye has been bedfast by a stroke, and is now contending for his life.

In case his name is new to you, Waakye featured in popular movies such as “Diabolo”, “Chorkor Trotro” and “Babina” and many more.

He was reported to have been diagnosed with a mild stroke. Recently, after he was hospitalized, it was alleged that it had not been easy garnering funds to cater for his hospital bills and that the Actors’ Guild had neglected him.

The bills, however, were alleged to have been taken care of by an unnamed “good Samaritan”. Just today, Hotfmghana.com has reliably been informed that the legendary actor’s condition has become rather lethal and has been rushed to a spiritual home for urgent and intensive care.

The source informed that he has been admitted at a spiritual and herbal home at Dominase in the Central region. The Veteran actor has allegedly been bedridden by a mild stroke since 2013, which apparently explains his disappearance from our TV screens, unlike times past when he served Ghanaian TV screens with unadulterated talent and unlimited entertainment.