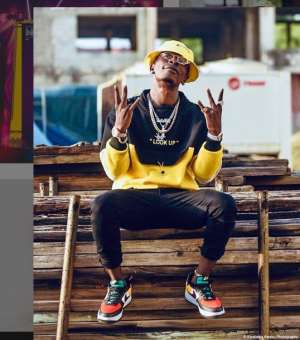 Charles Nii Armah better known as Shatta Wale on 13th June, 2020 stormed the studios of UTV to pour out the genesis of his illuminating career.

The Ghanaian dancehall artiste elaborated on what the industry must do to get positive attention from the government.

Shatta Wale who doesn’t spare any moment when it comes to showbiz revealed that upon all the social media rants, he does it on a lighter note and he doesn’t mean it at all.

Appearing on UTV’s United showbiz with host Nana Ama Mcbrown as monitored by A2zgh.com, he listed his best five female artistes and even added a bonus making it six when asked by Nana Ama.

According to the ‘Gringo’ hitmaker, Efya, Sista Afia, Wendy Shay, Becca and Eno are his best five female artistes in Ghana.

Interestingly, he demanded a bonus to add up to the five making it six of which he named Adina.