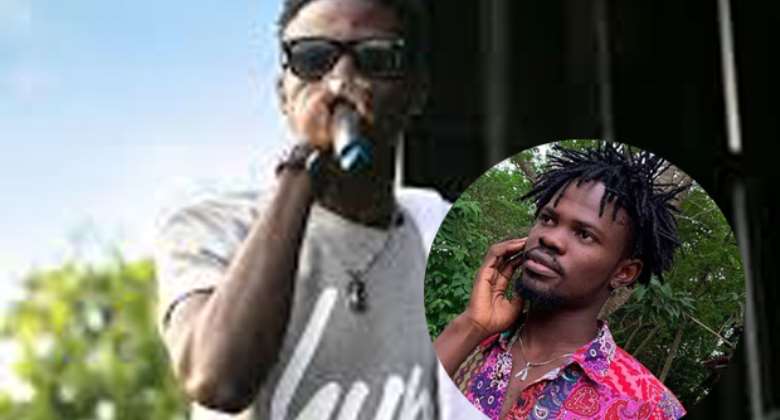 The Fadama School Park in Accra came alive when some top hiplife, highlife, afro-pop and dancehall artistes graced the maiden edition of the “Fadama Boy Concert” held on Saturday.

Put together by Kuami Eugene in collaboration with his record label, Lynx Entertainment, the event attracted over 3,000 music fans from all walks of life.

The performances from all the artistes kept music fans on their feet, singing and dancing along.

The event which attracted thousands of Ghanaian music fans from all walks of life reached its peak when Kuami Eugene mounted the stage to entertain his fans.

The VGMA 2019 highlife act of the year delivered on his earlier promise to provide the best of entertainment for his fans at Fadama on the night.

He electrified music fans with tunes that kept them dancing throughout the performance.

Kuami Eugene proved he was worth all the screams and cheers that greeted him when he mounted the stage.

Some of the hit songs he performed at the event included 'Angela', 'Wish Me Well', 'Ohemaa' and 'Never Carry Last'. He gave a good account of himself during his performance on stage.

Kuami Eugene, by the performance he put up on the night, left no doubt in anyone's mind that he is truly a talented artiste.

Fameye, who was also on the bill thrilled fans with some of his popular songs such as ‘Nothing I Get’.

He left no stone unturned at the show as he gave out hits in continuity to thrill fans gathered at the event.