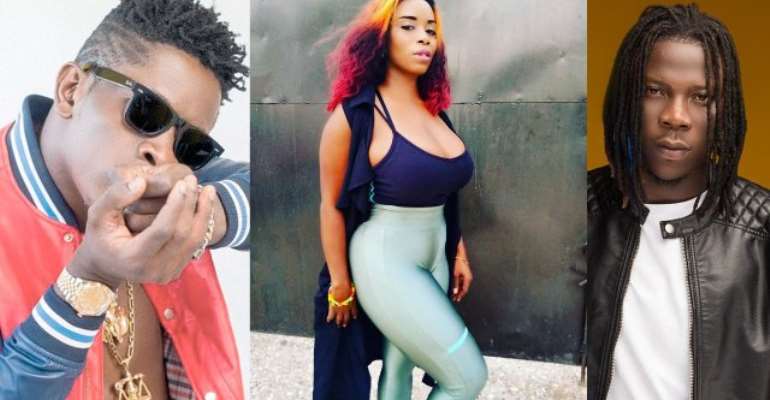 I n an interview on Joy Prime’s Prime Morning show, the Jamaica Culture ambassador explained that it is because Stonebwoy speaks better patois in real life and in his music than Shatta Wale does.

Patois is a native language spoken by the majority of Jamaicans and very popular in their Reggae music.

Afro-pop songs have been heavily influenced by Reggae/Dancehall music which includes the Patois language.

According to Donnaray, Stonebwoy has a better tonation and control over the Patois language than Shattawale does, which inevitably leads to him producing superior dancehall music to his competitor.

There have been debates and controversies about who is the better of the two in the past and it would seem Donnaray is however convinced in her mind on who the better is.

Fans of Shattawale will definitely not be pleased with this statement since he and his fans have referred to him as the African Dancehall king.