I Was Super Depressed To Leave Music Industry — MzVee Recounts 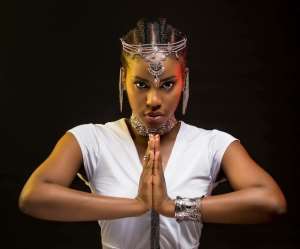 Former Lynx Entertainment signee, Mzvee has disclosed the reason for her long absence from the music scene for two years.

According to her, the break was to enable her to engage in “soul searching” at a time where her situation was dire as she was “super depressed”.

This was the first time she has opened up on the issues surrounding her disappearance from the industry.

She dispelled all rumours that she was pregnant hence her decision to quit music between the period.

Instead, she explained that her depression took a toll on her professional relationship tremendously.

In the midst of all these, the songstress admits she never sought professional help or therapy.

The ‘Daavi’ hitmaker revealed that she confided in fellow female artist and best friend, Efya, who helped her to overcome her situation.

“Efya is amazing,” she said, describing her as the one who understood her condition.

She acknowledged the support of her family throughout the period she was fighting depression as a major role in helping her overcome.

The singer, however, defended her action of ‘unfollowing’ people on social media.

“When my whole depression thing happened I did unfollow people. I just wanted time away. I was lashing out in ways I didn’t even understand. I pulled away from everyone,” she recounted.

Nonetheless, MzVee has announced that she is officially back to music which she can’t stop with a single titled “Sheriff”.

MzVee is set to release a new single she has titled “Sheriff”.