STU to host E.L, Pappy Kojo and other artists at akwaaba night 2019 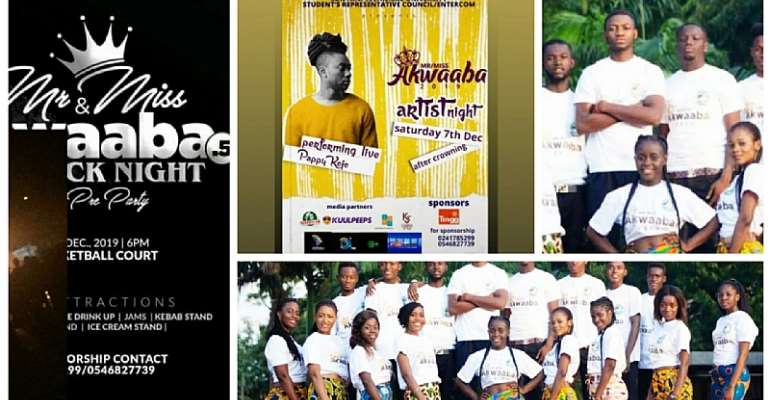 AkwaabaFest is built around a traditional welcome festival for all freshmen and women on STU campus called Akwaaba Night. The aim of AkwaabaFest is to welcome both Freshmen/women, continuing students and the entire academic community to a new academic year.

Over the years, a deeper translation of such beauty has evolved beyond traditional value systems to women who have brought a much better definition to beauty including the physical aspects too.

Some of these attributes includes leadership skills, development of innovative concepts to better the livelihood of those around them, confident exhibitions of creative skills and talents among others.

Such evolution has caused beauty to find its value not just in they being women but also in the added value of their existence to mankind.

It’s based on this principle that the concept Miss Akwaaba came into being. In the last 5yrs with this being the five edition, the organizers of this pageantry has sought to create a platform for young women and men who have shown promising potential in being the true face of beauty not just with looks but also with brains.

In all the past editions as 27 ladies and gents are selected for the final stage where the ultimate winner takes the crown Miss Akwaaba and Mr Akwaaba 2019.

The contestants will also go through a grooming process to prepare them not just for the pageant but also the next phase of their crown life as they would be the face of STU to prove to the world that, the best really deserve it.

Apart from the crown and prizes, the newly crowned queen would be expected to embark on her crown project which would focus on areas of her interest, this would give her the chance to show her prowess as a true beauty with brains.

However, the three days program which started earlier on 5th saw a lot of success and still awaits to see yet another successful one today 7th December, 2019, the main event night.

The event would witness personalities from the administration and various department of the University.

The impressive lineup of music acts who are set to grace the stage alongside Pappy Kojo and E.L will include Imrana, Oseikrom Sikaani, Lyton and many others.