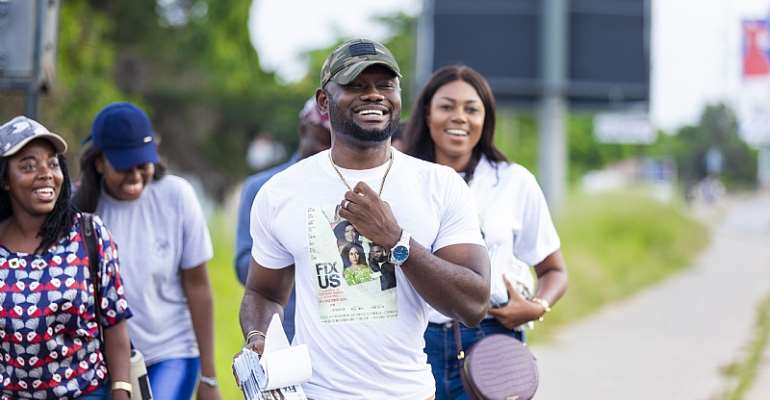 Actors Yvonne Nelson and Prince David Osei were out in the streets of Accra on Monday to market Fix Us, a new movie by YN Productions about the challenges actors put up with.

Directed by Pascal Amanfo, the movie tells the story of three young ladies who take on a journey of faith and fate. When Naadie (Yvonne Nelson), Chioma (Yvonne Okoro) and Jaya (Alexandra Amon) run into each other at an audition, they are bound by their common dream to be movie stars and form a friendship that can hardly be broken.

But when their dreams are eventually actualized, they soon realise that they want even something more from life.

It is set for a grand premiere at the Silverbird Cinemas at the Accra Mall, starting from 7pm.

In the past few weeks the cast of the movie have been on various media platforms to talk about the movie.

Yvonne and Prince aside granting interviews on radio and TV also took to the street to share flyers of the movie while they also get interactive with some Ghanaians out there. They shared flyers at the Okponglo traffic light, the campuses and hostels of University of Professional Studies UPS and University of Ghana. 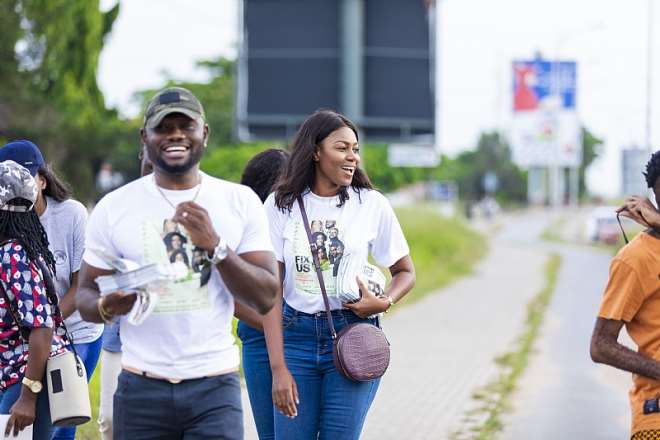 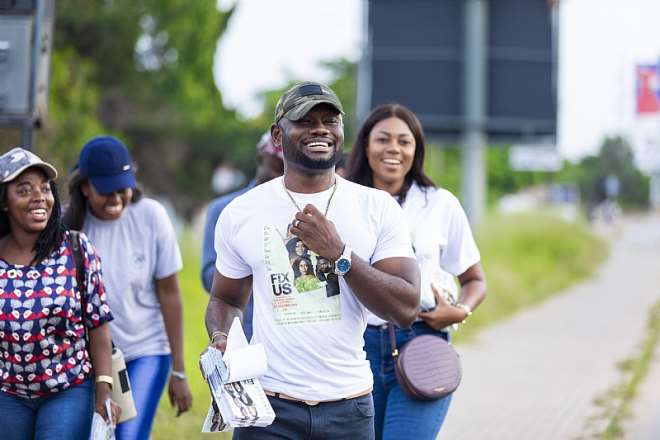 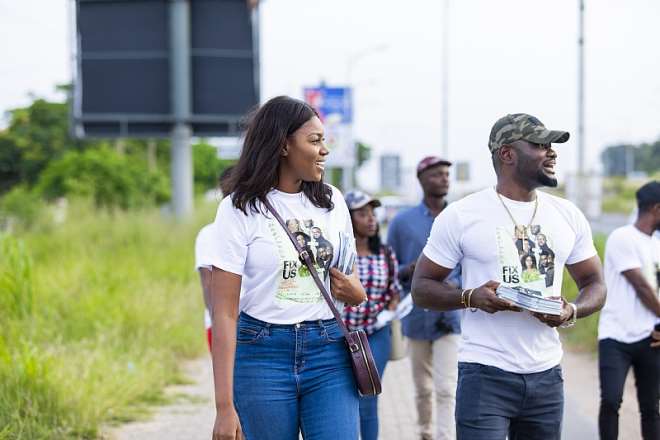 Ghanaian lady who survived acid attack in Saudi Arabia under...
1 hour ago