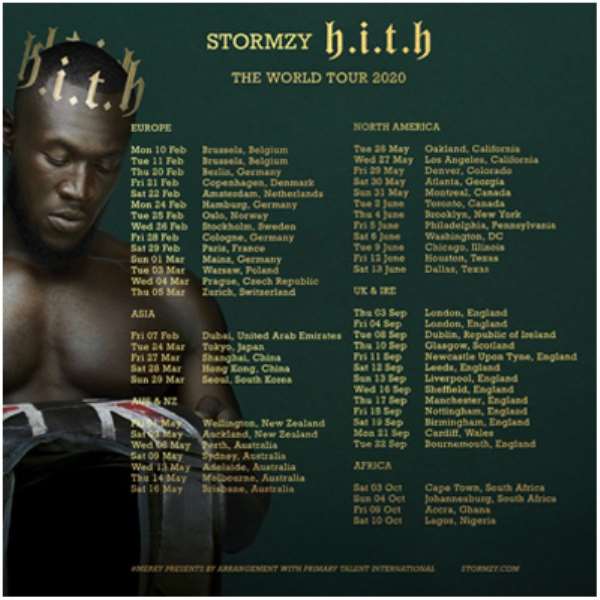 He will kick off the tour on February 7, in Dubai and wrap it up in October on the African continent.

The tour marks his biggest live offering to date and will see him make his solo debut at London's O2 Arena for two nights on 3rd & 4th of September, marking his first solo shows in the capital since his 3-day stint at Brixton Academy in May 2017.

Subsequent to the London's O2 Arena, Stormzy will grace the stages of 11 more arenas throughout the UK and Ireland, concluding at Bournemouth's international Centre on 22nd September.

Thereafter, he will head to Africa to tour for the first time, notably playing a date in his homeland of Ghana, before ending the world tour with a show in Lagos, Nigeria.