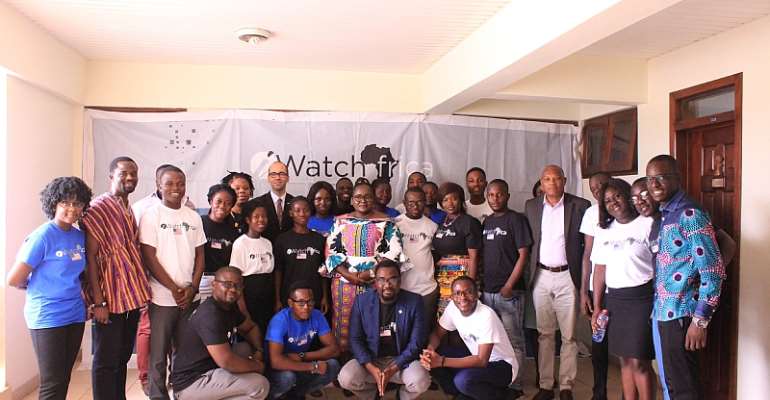 iWatch Africa has officially launched its ‘Human Rights Abuse and Corruption Project’ last Tuesday at the University of Ghana in Accra.

The project which leverages data, investigative and digital tools to stop human rights abuses will train 60 journalists across the country to combat corruption and improve accountability in Ghana.

Project Lead, Nana Boakye-Yiadom, expressed iWatch Africa’s unwavering commitment to empowering journalists in Ghana, as well as addressing the challenge of human rights abuses and corruption in the country.

“iWatch Africa over the years has resolved to tracking corruption in Ghana. This project will put a spotlight on human right abuses especially abuses by police officers and the general public. We are committed to educating the public to improve their responsiveness in dealing with rights abuses in Ghana,” Nana Boakye-Yiadom stated during the launch.

“Citizens have the most important role to play in reporting human right abuse and corruption. The institutions mandated to investigate corruption and human right abuses depend on information to do their work. So if the citizens whose rights are abused and we cannot be witnesses and refuse to report these things, it is like we are not ready to contribute our quota to the fight against corruption,” she stated.

Also speaking at the launch, Director of Human Rights at CHRAJ, Dr. Isaac Annan, urged Ghanaians to insist on their human rights and make demands from duty bearers to ensure that their rights are not infringed upon.

“Human rights are entitlements and there is no need for you to look over your shoulder before claiming your right… Before you claim a right, you need to know what your rights are,” he said.

Bojan Lazarevski, the Democracy & Human Rights Coordinator at the U.S. Embassy Ghana, who was also at the launch, emphasized the commitment of the United States government in promoting human rights in Ghana.

The launch was followed by the first training session which was led by seasoned investigative journalist Manasseh Awuni Azure and data journalist, Mawuli Tsikata.

The Human Rights Abuse and corruption project is being executed by iWatch Africa in close collaboration with CHRAJ and the Ghana Police with support from the US Embassy Ghana.