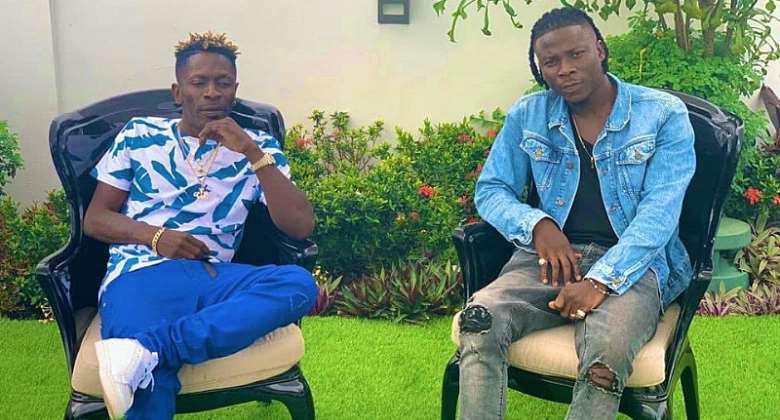 It has been several days of intense feelings between the two camps of Ghana’s biggest dancehall artistes; Stonebwoy and Shatta Wale.

From the VGMA brawl to being arrested and sleeping in police cells to being arraigned before court to being banned from the VGMAs, the two artistes have finally made peace after a long time.

In a recent picture posted by Shatta Wale and stonebwoy both artistes are seen sitting next to each other in a garden; they probably had gone to meet some big men.

It could also be that both artistes went to apologize to the Charterhouse CEO and the board officially.

Here is the screenshot posted by Shatta and Stone below: