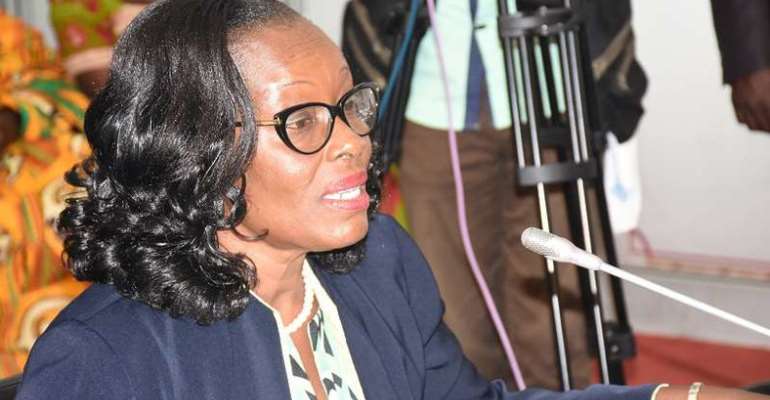 The Attorney General (AG), Gloria Akuffo, has revealed she had her two children with married men.

Ms. Akuffo speaking on Joy FM's "Personality Profile" Thursday, did not shy away from admitting having her children with "people's husbands" but said given a second chance, she "wouldn't have done it today."

According to her, coming from a polygamous background, she didn't find fault with sleeping with people's husbands.

“You know my background. I was born into a big home and at that age, you really didn’t think there was anything. But seriously, maybe I wouldn’t have done it today.”

“But coming from a background of polygamy, you grow up not really seeing something wrong with having a relationship with someone’s [husband].”

She clarified that she was not "philandering" but the relationships with the men were "serious" and "long-standing."

“And they were serious relationships, not that I was philandering or anything. Long-standing relationships. And it was from those relationships that I had my children. Because my doctor insisted I must have the children”, Gloria Akuffo added.