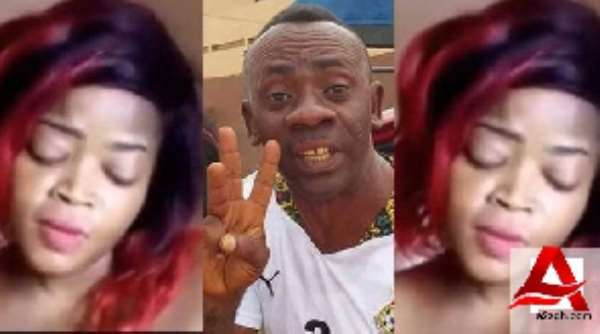 Fast rising Kumawood actress, Sheila Obofour has alleged that popular Kumawood actor, Akrobeto has slept with her and other young actresses in the industry.

According to her, Akrobeto is fond of sleeping with young ladies who are striving to get nods in the movie industry in Ghana especially Kumawood.

Sheila who revealed this in an interview MyNewsGh.com spotted on social media mentioned that Akrobeto is a hypocrite who pretends to be an angel but is a devil in disguise.

Sheila Obofour said she had to come public with this revelation because Akrobeto condemned Slay Queens on live television; a move she thought was uncalled for.

The actress indicated that she is ever ready to defend herself wherever Akrobeto intends sending her adding that she will curse him if he denies having sex with her.