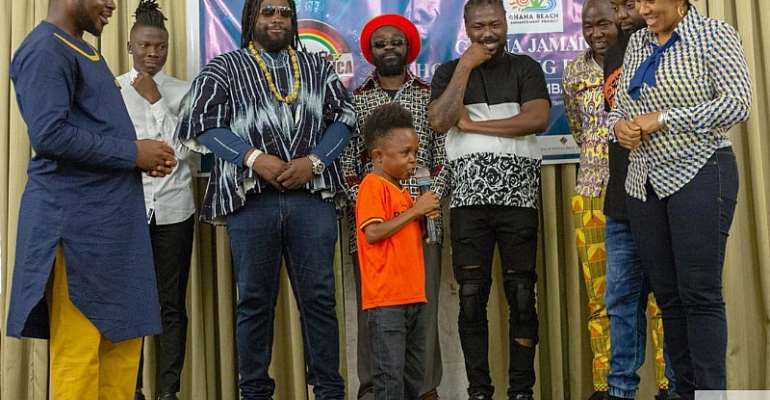 He added that Nima is a "special vicinity in Ghana" particularly because "Dr. Kwame Nkrumah formed his party, CPP in Nima" and "the seat of Ghana remains in Nima as the current president has his home there". He continued that, Broadway Entertainment initiated the National sanitation campaign which in one way or the other brought the Abudus and Adanes together in the Northern region.

Don Little as he is popularly called, did not let his diminutive stature hold him back from sharing his thoughts on the nature of Ghanaians particularly the leaders, he described Ghanaian leaders as wicked and selfish and advised that we hold this initiative at heart and support it.

The ambassadors for the Ghana Jamaica homecoming festival unveiled were, Ghanaian afropop, dancehall and reggae artistes Samini and Stonebwoy, Jah Michael, Morgan Heritage and the new addition Don Little. The festival is scheduled to climax on 6th March 2019 in Ghana and 6th August in Jamaica.

According to the organizers of the programme, a ten-day tour package has been arranged as part of the programme to give a rare opportunity to tourists who wish to visit both countries.

And as part of the unveiling of ambassadors for the programme the organizers also unveiled their annual flagship project, The Ghana Beach Enhancement Project, aimed at cleaning Ghanaian beaches and also with a business plan for prospective investors across the world.

Ghanaian afropop, dancehall and reggae artiste, Samini shared his expectations on the project in an interview with the press. He expressed his joy for being part of the programme and stated that he believes in the connection between Jamaica and Ghana.

Stonebwoy also added his expectations with regards to their flagship project that, "...this is empowering us and reminding us that we have work to do and may have failed a number of times doing it on our own but now we want to extend hands to other brothers and sisters to force it up again..."