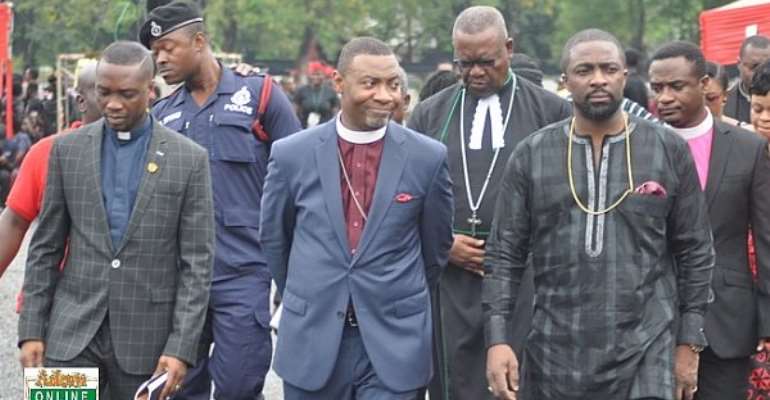 The founder of UK-based World Miracle Outreach has cautioned Ghana entertainment personalities, particularly musicians, from using the death of Ebony to achieve fame.

Dr Lawrence Tetteh noted with sadness that some artistes are using the demise of the late singer to become popular.

“All of you musicians here and the artistes, it is very sad that somebody’s daughter is dead and some of you are using it to score popularity points,” he said while delivering his sermon at the funeral of the singer on Saturday.

Ebony, born Priscilla Opoku-Kwarteng, was killed in a gory accident on the Sunyani-Kumasi highway. She was returning to Accra after visiting her mother on February 8.

Her childhood friend and assistant, Franky Kuri, and their bodyguard also died in the crash.

The renowned preacher, who met the musician two days before her death, said “this is not the time to look at personality and who is popular and who is not popular. Think about your life and let us be real because whether you like it or not, very soon, one day, you too you will die.”

Touching on the issue of some prophets prophesying that some musicians in the country will die, Dr Tetteh said even the prophets will also die.

He urged the entertainment personalities to live their life well so that when they die, people will not come and exaggerate at their funeral “and pay tribute that does not exist.”