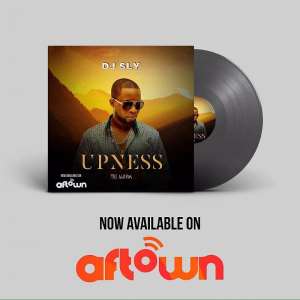 Popular for his handwork and respected for his versatility, DJ Sly released his first studio project themed Upness.

The DJ seems to set a record for himself as the Upness Album is his first compilation and first Ghanaian DJ to released an Album.

The Upness album which was dropped on the 29th of November, already has 4 pre-released singles that features Ice Prince (Nigeria) and Kayswitch (Nigeria) – Testify, Dammy Krane (Nigeria) – Its Me, Airboy (Nigeria) - Designer and also Scientific (Liberia) on Dah Na News.

Covid-19: Breaking Safety Protocols Should Be Our Last Mista...
13 minutes ago