By Kwesi Agyeman
Behind The Scene 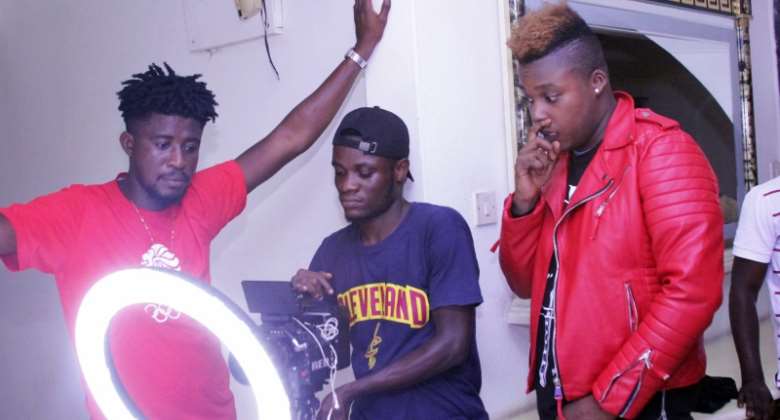 The German-based singer, born Frank Morgan, is set to drop his much anticipated music video which promises to be the most talked-about when premiered via his official youtube channel.

Speaking in an interview, the singer revealed that the music video will blow the minds of Ghanaians and many should expect more from him

Currently, in Ghana, shooting 3 other music videos, the singer shared his experience behind the scenes as he acknowledged the great and creative works of music video director Henry KD.

He added that Ghanaians should watch out for another video from his camps with Twi Pop recording artistes D Cryme.

Watch BTS [Behind The Scenes]…