No public display of vagina on Vagina Day - Linda Nutakor 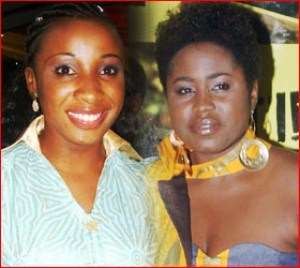 
There have been sharp criticisms against Dudu Communications' aim of helping preach against domestic violence, abuse of women and girls and the education on the female reproductive organ.

The criticisms came at a time when people thought it was aimed at just talking about the female reproductive organ, 'Vagina', and also compounding it was the perception that leading figures; Naa Ashorkor Mensah-Doku and Lydia Forson will openly display their 'vagina' in public.

Explaining the brain behind the V-Day (Vagina Day) celebrations which is an annual event celebrated the world over, Linda Nutakor, the stage and production manager for the event told Myjoyonline.com that, V-Day is an event celebrated the world over to create awareness about the female reproductive organ especially the abuse of women and girls something that they are shy of talking about.

The event, she said is celebrated throughout the month of February to April every year and this year's celebration will be marked with a stage play on the 19th and 20th of February dubbed 'The Vagina Monologue' written by Eve Ensler at the main auditorium of the National Theatre.

Linda said 'The Vagina Monologue' is a charity event which will be used to raise funds for those who have been sexually abused.

It is also to teach people not to be shy of talking about the vagina and issues that come with it.

She added that another mission of the play is to help stop violence against women and girls especially with men who abuse their wives for sexual gains.

“We are going to lay the fact bare for the whole world to know so we can confront the issue of sexual violence. Women are considered as the second fiddle in society and this is an opportunity to empower women to take up responsibility in society,” Linda said.

Movies stars such as Naa Ashorkor Mensah-Doku and Lydia Forson with the introduction of new talents, Kezia Addai Boateng and Pearl Darkey among others will feature in 'The Vagina Monologue'