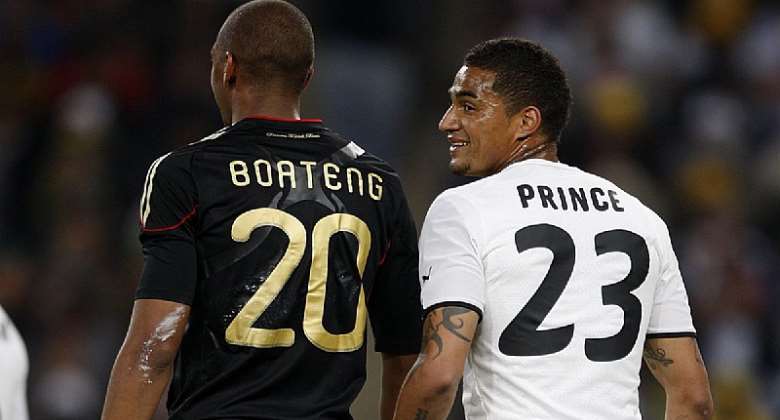 Ghana forward, Kevin Prince Boateng has described playing against his brother, Jerome Boateng at the 2010 FIFA World Cup in South Africa as 'special'.

Ghana after beating Serbia in their opening game took on Germany in their second group game.

A solitary goal from man-of-the-match Mesut Ozil was enough to ensure that Germany topped Group D.

The game created history as Kevin and Jerome became the first brothers to have play on opposing sides in a full international.

However, the former Barcelona and AC Milan says playing against his junior brother at the world stage is special.

“Of course it was very special. Never before have two brothers played against each other at a World Cup," the Besiktas forward said in a chat with his brother on Instagram.

"I don't think I slept at all the night before. The media made it a big story, partly because there were a few misunderstandings at times," he added.

The brothers also played against each other during the 2014 FIFA World Cup in Brazil.