Striker Prince Tagoe Wants Hearts of Oak Before He Retires 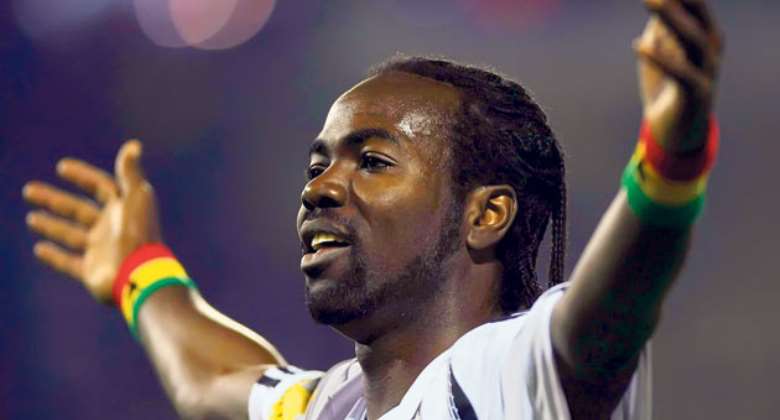 Former Ghana striker, Prince Tagoe says he wants to play one more season for his former club Hearts of Oak before hanging his boots.

The legendary striker played for the Rainbow colours from 2004-2005 before joining Saudi Arabian side Al-Ittihad Jeddeh in 2006.

Tagoe helped the Phobians to win the 2004 Ghana Premier League and was a key figure when the team lifted the 2004 CAF Confederation Cup.

He won the Ghana Premier League topscorer’s award in 2005 after scoring 18 goals.

After fifteen years of leaving the Ghana Premier League side, the 35-year old wants to play one more season for the Phobians before retiring.

“I am planning to play one season for Hearts of Oak. I cannot say when but it is going to be soon,” he told Angel TV.

“Definitely I have to don the Rainbow colours again. That is what I have told myself,” he added.

He has also played for clubs like Al Shabab, Club Africain, Partizan, 1899 Hoffenheim, Bursaspor and others