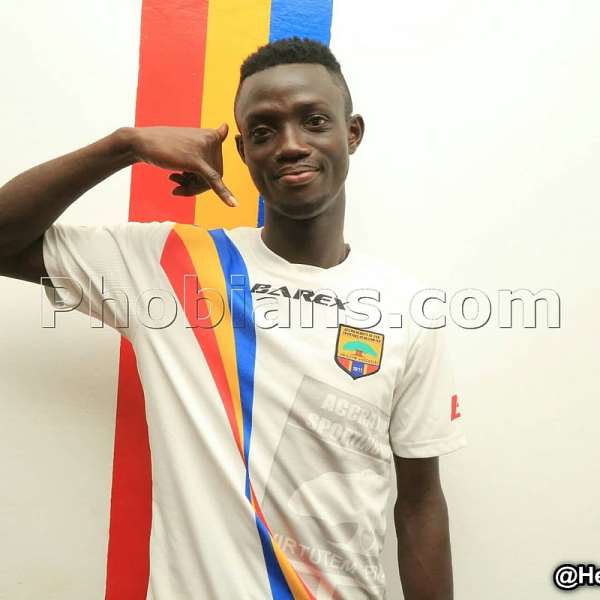 King Faisal has completed the signing of Hearts of Oak defender James Sewornu to boost the defensive department of the team as they wait for the resumption of the 2019/2020 season.

King Faisal has been one of the 18 clubs competing in the Ghana Premier League this season. After playing 14 matches, the Kumasi-based club finds itself bottom of the table and in need of a revival or risk being relegated to the lower division.

To ensure that does not happen, they have been in the transfer market signing players to augment their squad.

Before the transfer window was closed on the midnight of Monday, April 13, 2020, they wrapped up the signing of Hearts of Oak defender James Sewornu.

The player who graduated from the Academy side of the Phobians has not featured for the club this season and has been loaned out to King Faisal to get playing time.

Sewornu will spend six months with the Kumasi-based club and will hope to make a mark to ensure he will be considered for a role at Hearts.