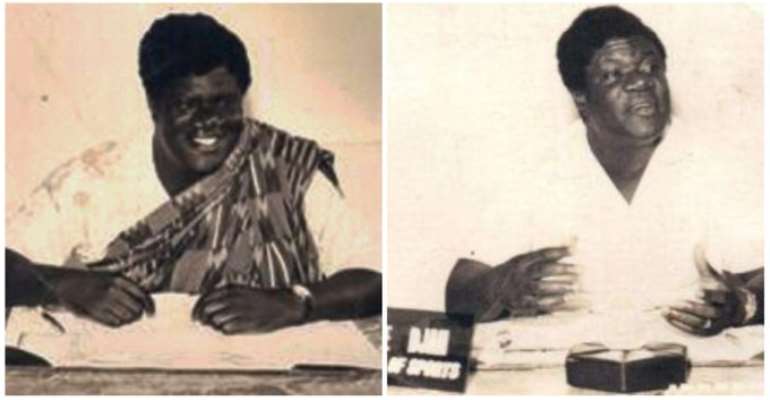 Ohene Djan born on 29 January was a Ghanaian sports administrator. Ohene Djan was the First Director (Minister) of Sports of Ghana at the Central Organisation of Sports (COS) and was also vice-president of the Confederation of African Football.

It all started on 1st July 1960 (Ghana’s Republic Day). A new ministerial portfolio had been created, as Kwame Nkrumah assumed the role of the country’s first ever President. Ohene Djan was made the Director of Sports, he had been Chairman of the Ghana Amateur Football Association (GAFA) since 1957.

Appointed as director of sports in 1960 by Prime Minister and President Kwame Nkrumah, during his six years in this position he embodied the coming of age of Africa’s political role within global football. He worked to expand diplomatic sporting ties that were, until then, largely confined to Europe and South America.

Kwame Nkrumah & Ohene Djan
Ohene Djan organized the West Africa Football Cup in 1959 and birthed the Black Stars in the same year. He also set-up the iconic Central Organisation for Sports in 1960, that would oversee all sporting events in the country.

In 1964, two years to the World Cup finals, Africa withdrew from the tournament in protest over FIFA’s decision to monopolize the contest by reserving the majority of slots for teams from Europe and America and lock out participants from other continents including Africa, Asia, and Oceania.

Through the then-Ghanaian Director of Sport Ohene Djan, Africa wrote to FIFA castigating its discriminatory selection of participants. In fact, Djan described the proceedings as an “unfair World Cup arrangement for Afro-Asian countries.”

This led to the crusade for Africa to boycott the World Cup in 1966 over unfair treatment.

In 2004, the Accra National Stadium was renamed after him. However, in 2011, the Accra Metropolitan Assembly chose to revert to the sports arena’s old name, Accra Sports Stadium, arguing that it was a city stadium and not a national stadium.