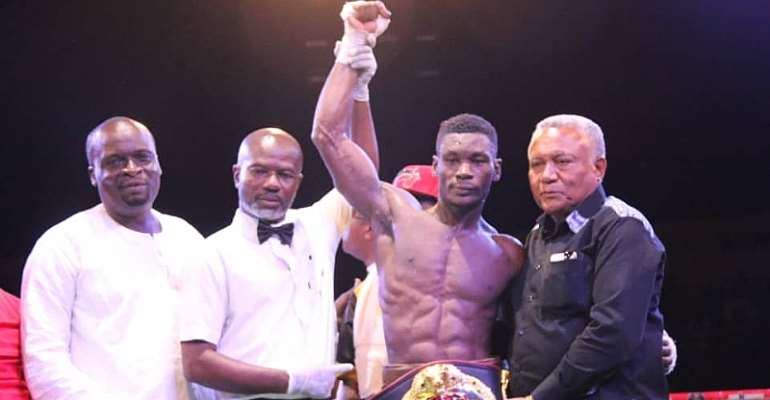 The WBO Africa Super welterweight champion was captured in a video confrontation with a football fan and he ended up beating the fan during the super clash between Hearts of Oak and Asante Kotoko at the Accra Sports Stadium.

The video went viral on social media to the dismay of many sports fans.

In the said video, Patrick Allotey aka Arrow was seen ordering the football fan to leave his frontage as he was blocking his view but the fan declined which resulted in a scuffle.

Allotey gave the fan some punches in the face which resulted in a cut, in the glare of the other spectators.

Several Ghanaians, especially Asante Kotoko fans took to social media calling for his arrest following the incident at the stadium, however, many got setbacks after learning that Allotey was a fabulous club supporter.

The whole incident was unfortunate and sad as this is a period that the Ghana Football Association (GFA) is preaching # Bring Back The Love and # Say No To Hooliganism.

Yours truly hopes and pray that all sports fans will behave and try to be civil and disciplined at the various sports centres.