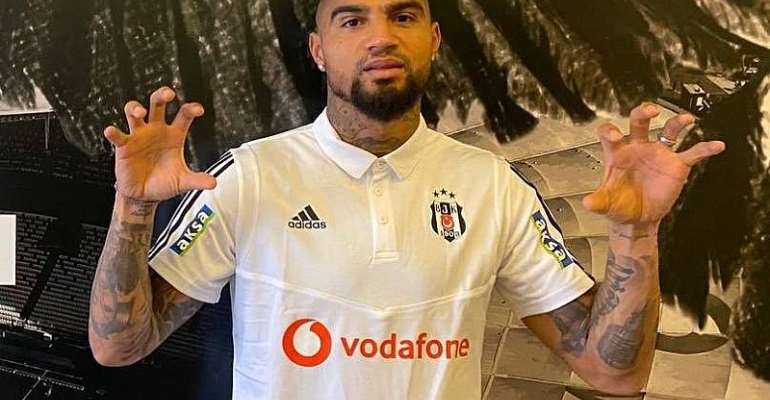 Kevin-Prince Boateng has joined the 12th club of his career after signing on loan for Turkish side Besiktas.

Besiktas is Boateng’s fourth club in two seasons, having joined Italian club Fiorentina from Sassuolo in August after he spent the second half of the 2018-19 season on loan at Barcelona.

The former Ghana midfielder, 32, has also had spells in England and Germany in a senior career spanning 15 years.

He has made 15 appearances for Fiorentina this season, scoring once.

Boateng, whose list of clubs include AC Milan, Tottenham and Borussia Dortmund, described his loan to Barcelona last January as a ”dream” move and played four times as the Spanish giants won La Liga.

He was linked to Celta Vigo on Thursday.
Although born in Germany, he made 15 appearances for Ghana while his half-brother – Bayern Munich defender Jerome Boateng – plays for Germany.