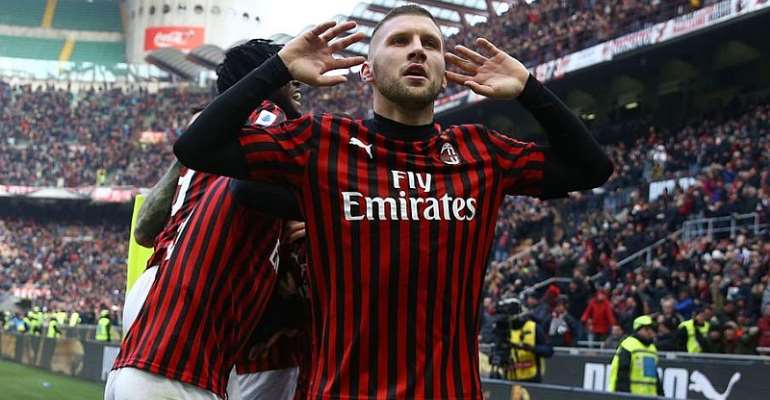 Ante Rebic hit a brace to snatch a late 3-2 win as troubled AC Milan took back-to-back Serie A wins on Sunday against Udinese to close in on the Europa League berths.

Star striker Zlatan Ibrahimovic got his first start in the San Siro after scoring last weekend against Cagliari.

The 38-year-old Swede did not get to celebrate on front of the home crowd but he has provided a confidence-boost for the northern giants who have taken seven points in three matches since his return.

"But I'm satisfied with our performance, we put our heart and soul into winning it.

"The arrival of Ibrahimovic has given us even more depth and conviction, which has helped us."

However, Pioli's side needed to fight back after conceding a goal after just seven minutes to Udinese who were coming off a run of three consecutive wins.

But the hosts upped the pace in the second half with former Eintracht Franckfurt player Rebic coming on after the break to equalise minutes later.

Theo Hernandez put Milan ahead with a powerful volley on 72 minutes, to take his tally to five league goals this season.

Kevin Lasagna got Udinese back level five minutes from time but Rebic had the final word three minutes into injury time to lift Milan to eighth, one point off the Europa League berths.

Udinese are in 13th position.
Serie A leaders Juventus host Parma later on Sunday with second-placed Inter Milan travelling south to Lecce to keep the pressure on the champions.

Bishop Dag apologises to Otumfuo over 'offensive' sermon
8 minutes ago

There's power in a father's encouragement – Pastor Otabil
8 minutes ago