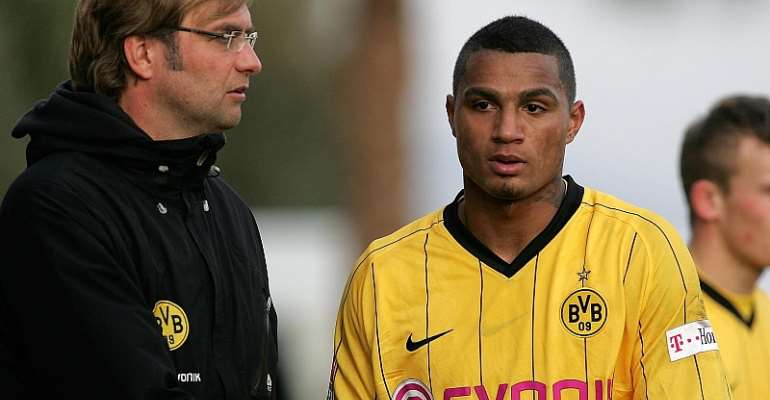 Kevin-Prince Boateng says Jurgen Klopp’s secret to success is simple – the Liverpool boss is not just a “great coach”, but also a “great guy”.

Boateng spent a season on loan at Borussia Dortmund early on in Klopp’s tenure there and has since seen him go on to win Bundesliga, Champions League and Club World Cup titles among others.

With Liverpool looking near-invincible in the Premier League this season, Klopp’s star has never been higher, and Boateng is not the least bit surprised.

“He knows how to grab you,” Boateng told Bild.

“I don't know how he does it, but he can do it. I don't think there is a player at Liverpool who doesn't like him, even those who don't play.

“It was the same in Dortmund. That is what makes him special. Therefore every team will give everything for him.

“He is a great guy and also a great trainer. Most of the time you only have one or the other - Klopp simply has both.”

Boateng has had a much-travelled career, playing in four of the top five European leagues – in England, Germany, Spain and Italy.

While trophies have not always followed, he has won league titles with AC Milan and Barcelona, as well as the 2017-18 DFB-Pokal at Eintracht Frankfurt.

Now 32, he is in Serie A with Fiorentina and appears to have matured from the headline-grabbing youngster he was once seen as.

“I used to throw money out, went partying. Now I'm learning to play the piano,” he said.

“I've had five or six hours. I also want to learn guitar later. These are nice things that I enjoy and help me to exercise patience.

“There are players who drive Mercedes at 19 years old, get their monthly salary and are satisfied.

“You have so much talent and do nothing for it, no extra training, nothing. Just play PlayStation and Instagram.

“It's okay, but they're the last to come to training and the first to leave. I used to do that too, but nowadays you can't afford that in football.”

Boateng and Fiorentina are currently on a six-game winless spell in Serie A, dropping down to 15th in the table after being hit by a serious ankle injury to key man Franck Ribery.