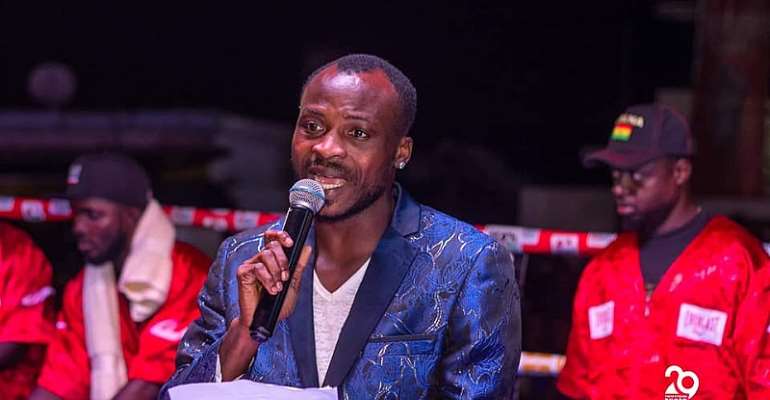 Emmanuel Addotei Addo aka Mosquito, one of the most contentious boxers in Accra who has still not realized his dream of becoming a world champion has decided to become an MC and ring announcer.

He was on top of his job at the last press conference of the Bliss on the Hills at The Gym and in the ring at Abetifi, Kwahu.

Addo (12-1-1) who has travelled wide in his boxing career believes Ghana Boxing in a great industry that must be invested into by the government and corporate bodies, because the boxers are there in abundance, and they are very good quality.

He said although he supports in many ways like introducing boxers to foreign promoters and branding of boxers, he assists coaches in the gyms and does the announcing because he knows much about the game in Ghana, and lives with most of the boxers at James Town and Bukom.

Addo says ring announcing is an interesting job and advises boxers to choose a career in boxing after they retire because the sport belongs to them.

He said some can be trainers or coaches, medics, seconds, writers, analysts, pundits, matchmakers, advisers and others.

“Boxing has made me great, and I don’t regret being a boxer,” he said.