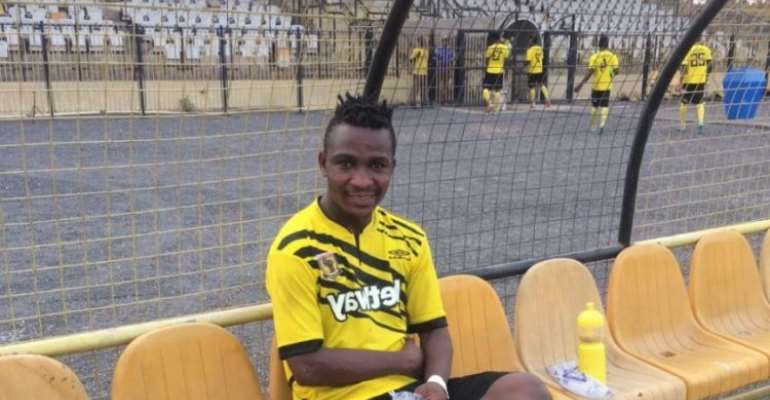 Former Ashgold striker, Kofi Owusu has rejoined Berekum Chelsea ahead of the 2019/2020 Ghana Premier League according to Sports World Ghana.

Owusu has rejoined the Blues on a three-year deal in attempt to re-launch his sinking football career.

Owusu, 28, who scored 19 goals, 1 better than Nathaniel Asamoah to win the 2015/2016 Ghana Premier League golden boot award is expected to lighten up the Ghanaian domestic league with his incredible scoring credentials as he has reunited with the Berekum-based club.

He has previously had stints with King Faisal, Egyptian side Aswan SC and Ashanti Gold SC.

Chelsea recently announced the signing of former Asante Kotoko defender Ahmed Adams and also grabbed Goalkeeper Danlad Ibrahim on loan as they are billed to kick start their league campaign with an away fixture against Accra Hearts of Oak.