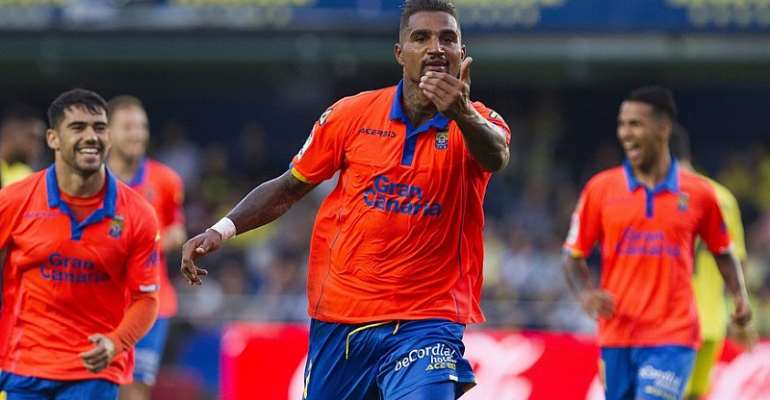 Ghana forward, Kevin Prince Boateng has been remembered by Spanish Premiere La Liga for his an audacious strike against Villarreal in 2016.

The 32-year-old scored the opening goal for Las Palmas in their 2-1 loss against Villarreal at El Madrigal.

Boateng struck the opener for the team from the Canary Island as he applied an acrobatic finish to a fabulous flicking pass from Tana inside the box to open the scoring in the game.

Nicola Sansone and Cedric Bakambu got the all-important goals for the Yellow Submarine, the latter's coming in injury time.

Boateng joined Las Palmas from AC Milan in 2016 and was very instrumental for the club.