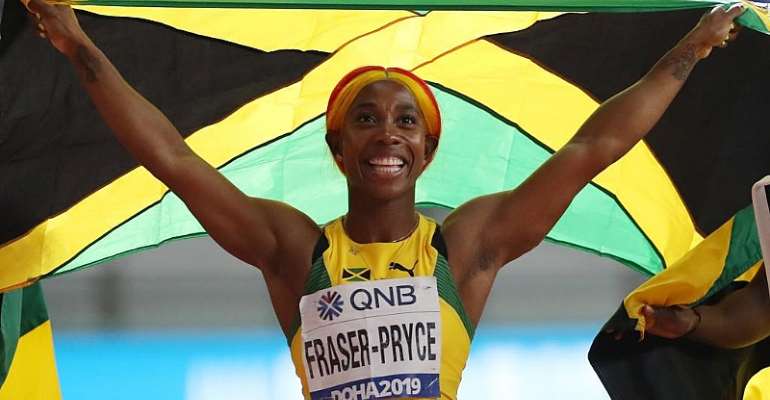 A mosaic tile arch graces one of the glass exhibition cabinets in a darkened room in the sprawling Museum of Islamic Art on Doha's waterfront. The 15th century piece from central Asia, charming though it is, will never be a contender for the prize of world's most beautfiful artefact.

Still it holds its own in the collection. Incrementally such objects from as far afield as Iran, India Turkey and Egypt coalesce to create an engrossing unified aesthetic.

The same cannot be said, however, about events a dozen kilometres from the museum at the Khalifa International Stadium.

On Sunday night, the 17th world athletics championships will draw to a close with seven finals including the men's and women's 4x400m relays.

During the meeting, involving more than 2,000 athletes from 200 countries, snipers have had a sitting duck for a target: startlingly poor attendances; tricky conditions for the long distance disciplines and inadequate infrastructure.

Advocates have countered that such difficulties have to be embraced if athletics is to prosper.

Expansion
Sebastian Coe, the president of the Iaaf, the body that organises the biennial championships, says he wants to expand the global footprint: to boldly go where no championships have gone before.

Qatar, keen to promote its wondrousness internationally, offered itself as the first Middle Eastern country to host the championships.

Since the inaugural event in Helsinki, Finland, in 1983, it has trekked around Europe, North America as well as Japan, South Korea and China. While Africa awaits, Doha has etched itself into the world's consciousness a tad more ahead of the football world cup in 2022.

Coups
But amid the primping around the city and its outlying areas for that extravaganza, there's a dispiriting sense that the 2019 world championships aren't even a dry run for that main event

Metro lines aren't even finished and there's intense traffic on the way to the Khalifa International Stadium.

But the Qatari organising committee has managed some coups.

While it blazed 36 or 37 degrees Celsius outside, inside, giant air pumps maintained a sweet cool of 24 degrees. The ventilation technology will be upgraded and deployed at the arenas for the world cup.

Athletes also pitched in to sell an event robbed of the retired showman general, Usain Bolt.

They eventually all stood up and performed a synchronized backflip. The crowd cheered the gymnastics and the camaraderie.

“It's the responsibility of the champion to give back to the sport,” said Kendricks. “Everyone in the stands gets to see a better competition because we like each other.”

Such impromptu vignettes burnish the legend of major championships but, frustratingly, the cracks appeared just at other moments of triumph.

Slips
For example, Dalilah Muhammad set a world record in the women's 400 metres hurdles on day eight in front of virtually no one.

But the crowds had been there. However, once they'd seen local boy Mutaz Essa Barshim retain his high jump crown, off they went.

The few who remained witnessed a brilliant 400m hurdles race. Muhammad, the 29-year-old veteran, fought off the 20-year-old pretender Sydney McLaughlin to set a time of 52.16 seconds.

If Barshim is such a crowd puller, why wasn't his event placed at a point that obliged the full house to watch the other shows in town? It works.

The Ethiopians came out in force on day four for the 5000 metres. They were roaring on their men Muktar Edris and Selemon Barega. They eventually finsihed first and second respectivly.

Bronze medallist Mohammed Ahmed said the din was inspiring. "Even though I knew they weren't cheering for me, the noise made me want to do better," said the Canadian.

Time
Would the critics decry such rent-a-crowd marketing gimmickry? Of course. But other sports do it.

The Iaaf can't be faulted for pushing out beyond the comfort zone to tap into the potential far away from the tried and trusted zones.

The veteran performers acknowledge such challenges. “You have to be prepared and game ready for every situation,” said the American sprinter Justin Gatlin.

“It's almost like being prepared to do the same thing over and over again but doing it in the cold … in the heat… doing it with bad living conditions … doing it with not good food quality.

Comparison
That evidently was not the case with Doha. New areas shouldn't be synonymous with a drop in standards visible at previous locations.

Would London have got the 2017 world championship gig if spectators had to rely on cars to reach the Olympic stadium?

That the Doha metro will be squeaky clean and shiningly functional in three years is little solace to the fans who have had to plough their way through traffic slowed down for construction for another event.

In a land gushing with money, athletics has been short changed.

Doha later would have been Doha much better.