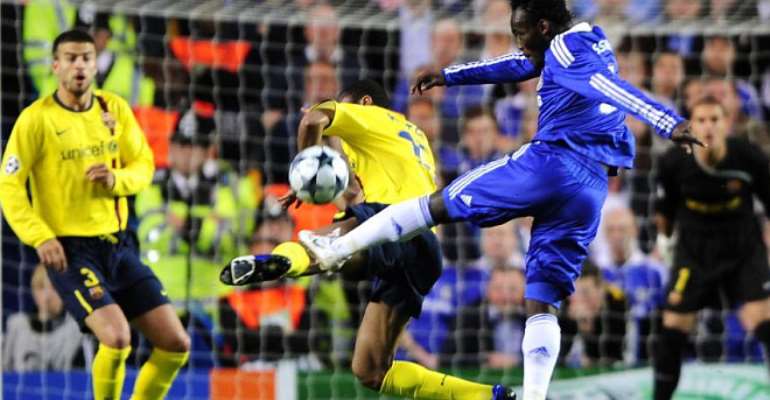 Barcelona legend, Samuel Eto'o has revealed his former coach, Pep Guardiola demanded a compulsory doping test after Michael Essien scored against the Spanish side in 2008.

After drawing blank in the first leg encounter in Spain, Essien scored an exquisite goal in the 9th minute at Stamford Bridge in the return leg in the 2008/09 UEFA Champions League in the semi-finals.

However, former Spanish international, Andreas Iniesta scored in the 94th minute to help the Spanish giants to progress with an away goal and went on to beat Manchester United in the finals in Moscow.

Despite qualifying ahead of the London based side, the former Inter Milan ace says the Manchester City trainer suspected the Ghanaian international was on drugs and demanded for a compulsory doping test.

Eto'o also shared despite clinching treble, the former Bayern Munich gaffer did not the black players in the then Barcelona team.

"When Essien scored against us, Pep [Guradiola] suspected he was doping and demanded compulsory tests every game for black players," he said.

"Even after the treble, he refused to hug me, Yaya (Toure) or Seydou (Keita).

"It was one of the most embarrassing moments of my career," he added.

Guardiola has consistently had issues with black players with the latest being Yaya Toure during his spell at Manchester City.