'I Could Not Reject Chelsea Move', Says Michael Essien 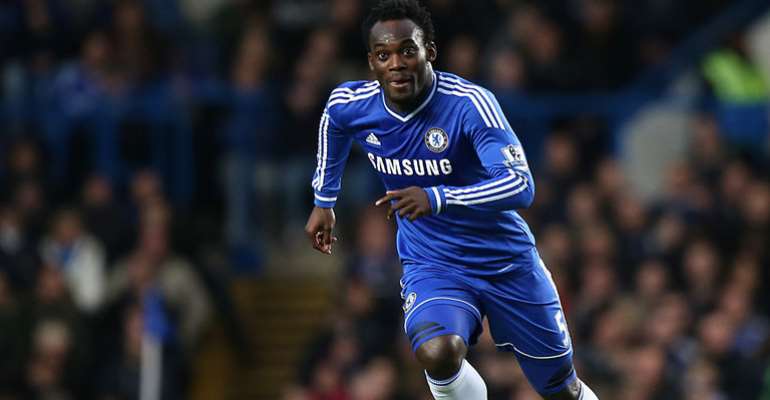 Former Black Stars skipper, Michael Essien says he could not reject the offer Chelsea made adding that playing in England was a dream come true.

The former AC Milan kingpin joined the Premier League side in 2005 for a fee of £26m from French Ligue 1 side Lyon for a record fee.

Essien became the fans favourites due to his dedication and his hard work for the team.

Speaking to EA Sports in an interview, the 36-year-old said he couldn’t reject the offer from the English giants.

“It was a dream for me to come to England,” he said.

“As a kid and growing up in Ghana, all we could see could see was the Premiership at that time.

“When Chelsea came, I couldn’t say no.”

Essien also recalled how he scored a long-range goal that won the goal of the season against Arsenal.

“The goal of the season against Arsenal, I saw Lampard and I shouted for the ball and he laid it down for me.

“The first thing that came on my mind was to take a shot.

“It was a crazy goal looking at how the ball went in to the post so it was a good feeling,” he added.

Essien made 256 appearances for the club scoring 25 goals.