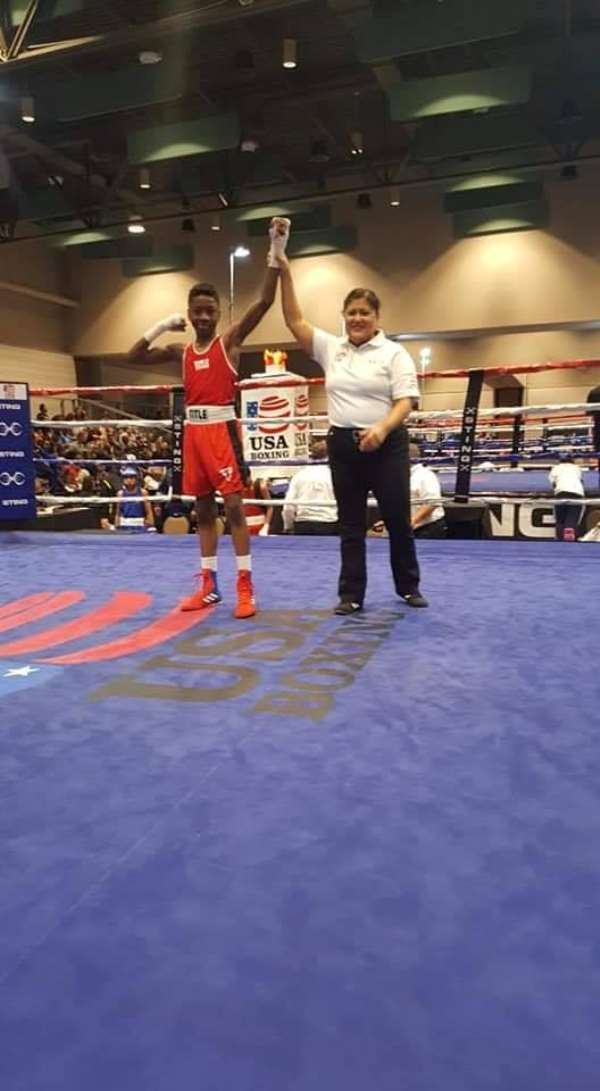 Joseph Awinongya has been an active participant in amateur boxing within USA Boxing and rated as a very special young man with great potential for accomplishments.

He competed in the USA Boxing National Junior Amateur Boxing Tournament on June 23 – 29 2019 in Madison, Wisconsin at the Marriot Hotel &Event Center and beat all to become tops and first with the GOLD medal.

He entered the Bantam age division (11 – 12-year-olds) at the 90lbs (41kg) weight class representing USA Boxing Region 5 which is known as the Great Lakes region consisting of boxers from the states of Illinois, Indiana, Michigan and Ohio.

In order to secure the place in the National Tournament, Joseph first competed and became champion of his state of Illinois and then defeated his competition in the Regional championship.

He has competed in many National Events and represents himself, his home, state and city of Chicago with tremendous talent, respect and passion, as well as his family name and country of origin Ghana.

USA Boxing is the National Governing Body of amateur, Olympic-style, boxing in the United States and is designated as a 501c3 nonprofit organization.

‘Jojo’ is currently rated the number 1 in the 90 lbs division and is a four-time United States national champion.