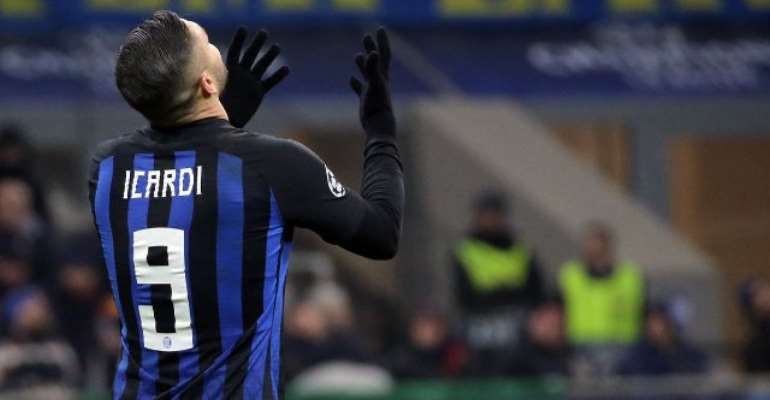 Mauro Icardi scored on his first Inter Milan appearance in almost two months to help his side extend their lead in third place with a 4-0 Serie A win away to 10-man Genoa on Wednesday.

The Argentine had not featured since being stripped of the captaincy on Feb. 13 amid protracted contract renewal talks.

Icardi initially said he could not play because of a knee problem, before returning to training last week after negotiations between his lawyer and the club.

Roberto Gagliardini opened the scoring in the first half before Icardi won and converted a penalty after Genoa defender Cristian Romero was sent off.

The former Inter captain then teed up Ivan Perisic for their third in the second half and Gagliardini scored his second of the night to complete the rout. The result leaves Inter four points clear of fourth-placed rivals AC Milan, while Genoa remain 12th on 33 points.