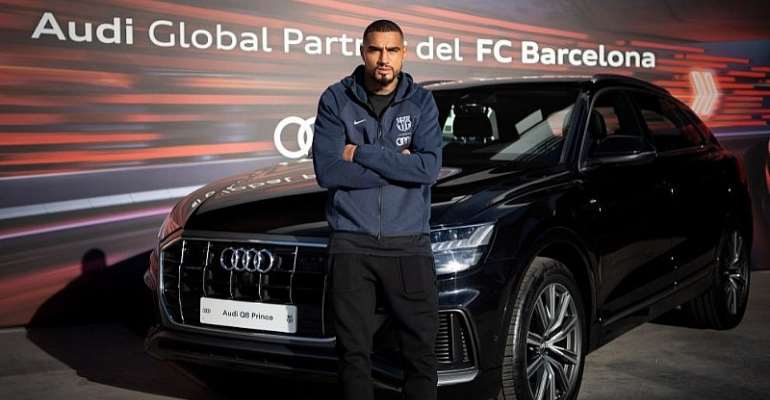 Ghana forward, Kevin-Prince Boateng was among a host of Barcelona stars to receive new cars from car sponsors, Audi.

The 31-year-old was handed a brand new Audi Q8 as part of the company’s sponsorship deal with the club.

The former AC Milan and Tottenham star just like his teammates pose with his new gift after receiving.

Boateng joined the Spanish side in the January transfer window as a back-up option for Uruguayan Luis Suarez and has since made just two appearances since joining the Club.

He could return to his parent Club Sassoulo at the end of the season.

Boateng is in contention to play as Barcelona host Espanyol on Saturday.