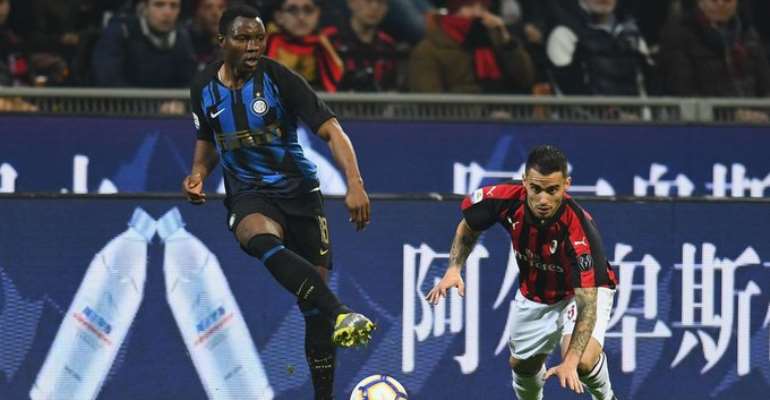 Kwadwo Asamoah has lauded his teammates in the derby Milano victory over arch-rivals AC Milan describing the victory as a great one for Inter Milan.

Matias Vecino fired in from close range to give Inter a half-time lead.

Stefan De Vrij nodded in to make it 2-0 before Tiemoue Bakayoko headed past Samir Handanovic to give Milan hope.

Lautaro Martinez's penalty made it 3-1, after Samu Castillejo tripped Matteo Politano, although Mateo Musacchio's 71st-minute strike made it a nervy last few minutes for Inter.

During that period VAR overturned referee Marco Guida's original decision to send Milan's Andrea Conti off for a tackle on Martinez. Inter coach Luciano Spalletti protested and was consequently sent off.

The Ghanaian midfielder enjoyed the full 90 minutes of the game and has described the win as a great one.

Inter now have 53 points from 23 games, two points and a place above Milan.