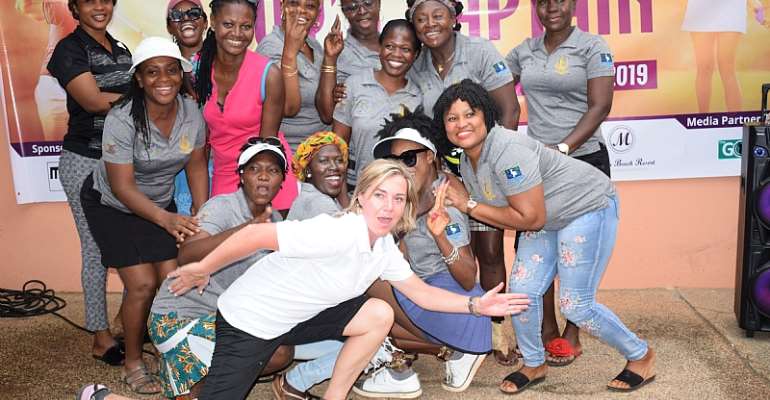 Amateur golfers around the country converged at the Ankobra Golf and Country Club over the weekend for the 2019 edition of the Lady Captain’s Prize tournament.

The tournament was held in honour of the Lady Captain of the Ankobra Golf and Country Club, Floria Hurtubise. The day also coincided with her birthday.

After a long day of playing a game of 18-hole golf, Kojo Kyei and Vastie Amoafo-Yeboah emerged winners in the men and ladies’ category of the tournament respectively.

Addressing the golfers, the ladies’ captain of Ankobra Golf and Country Club, Floria Hurtubise thanked the golfers for honouring their invitation and congratulated the winners on their performance. She also thanked her sponsors for making the event a success.

She used the opportunity to again invite them to the club’s next event scheduled for next month which would be sponsored by Enterprise Life Insurance.

As part of the presentations, Brands Manager of Johnnie Walker, Solomon Affum donated some customised Johnnie Walker souvenirs to the lady captain.