I Am The God Of US : Ibrahimovic Tells LeBron 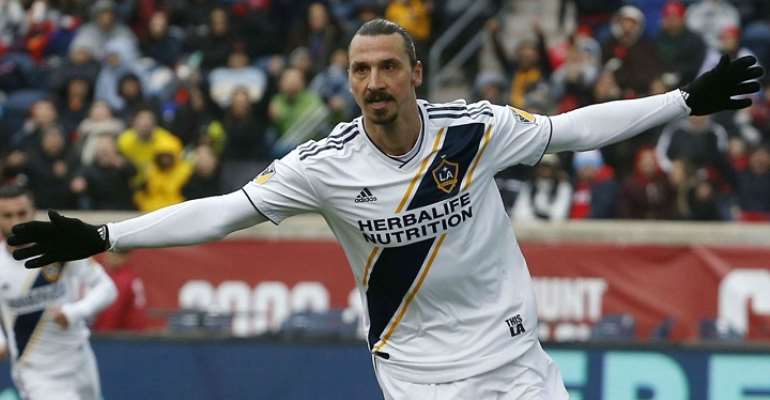 Zlatan Ibrahimovic has told LeBron James that he is the God in Los Angels because he pulls more spectators than any sportsman.

"There are many kings, but there is only one God," he said "The LA people are thankful, they are grateful, appreciate everything I do, and they are happy when they see me, ”Ibrahimovic told Sky Sports News' on Thursday, October 18.

"They make me happy and they are saying I am the best thing that happened to LA since Kobe Bryant retired.

On who pulls the crowds to sports arenas, Ibrahimovic said he draws more crowds in the United States, putting aggravations over an artificial pitch to one side for Galaxy's next game against Minnesota United.

Ibrahimovic, 37, has scored 21 goals in 25 games to give LA Galaxy a shot at the playoffs but admits a January loan move to a European club may be a little too much after the MLS season finishes.

"I think I'm in the situation where I need to have a good balance between work and rest because I came back from injury, because of my age, and the load I'm putting in at training," he said.

The former Barcelona, Milan, PSG and Manchester United striker is on the shortlist for the MLS player of the year award, and Ibrahimovic is not considering a post-playing career as a manager just yet.

On what he plans doing after retiring from active football Ibrahimovic noted: "I don't know if I can spend so much time by doing coaching or by being in that situation because it is very stressful,".

"It is not like being a footballer, you give a different impact when you are a player. When you are a coach you are dependent on the players and if they do not perform, you are not able to go in and make the difference. It's not easy."