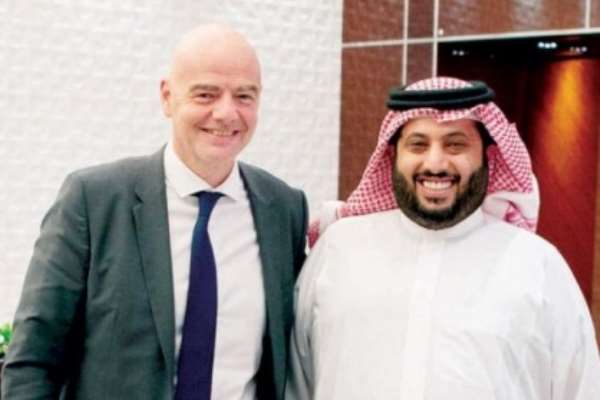 Turki El Sheikh, Chairman of the General Sports Authority in Saudi Arabia and Chairman of Arab Football Federation has confirmed his support for FIFA President Gianni Infantino for another term.

The Arab Football Federation consists of 22 national football associations who are all members of the International Federation of Football Association.

The FIFA presidential elections come off on 5th June 2019 in the French capital Paris in accordance with article 45 of the statutes.

Infantino was elected President of FIFA in February 2016 after Joseph Sepp Blatter had resigned from the post following a corruption scandal.