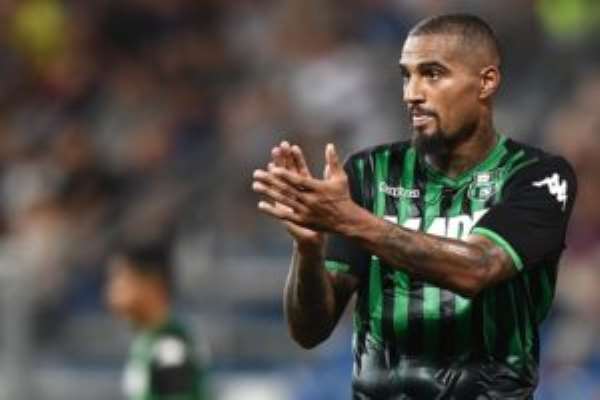 Ghana forward Kevin Prince Boateng was rested in Sassuolo UD's 2-0 win over SPAL on Thursday for his reunion with AC Milan on Sunday.

The 31-year-old, who has been terrific for Sassuolo since joining in the summer was on the bench for the entire 90 minutes at Sussuolo beat SPAL to move third on the Serie A table.

Kevin Prince Boateng has scored three goals in five games for Sassuolo in the Serie A and is set to face his former side AC Milan on Sunday.

There were reports of the forward injured after the 3-1 win over Empoli last Sunday but coach Francesco De Zerbi is rather managing the fitness of his experience striker.

Kevin Prince Boateng played for AC Milan between 2010 and 2013, where he helped the Azzuris win the league in 2011.