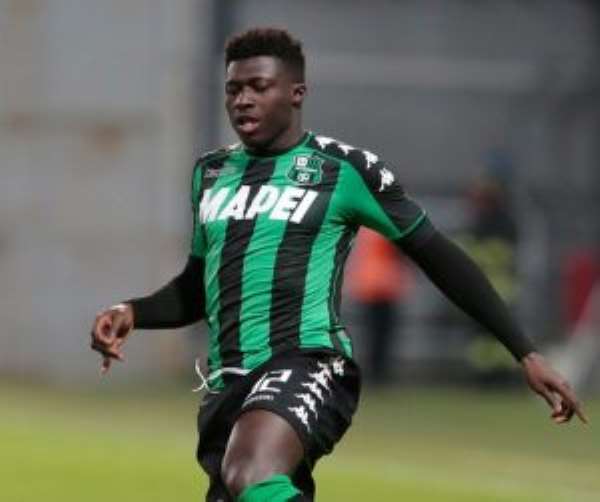 Italian Serie A side Fiorentina have joined the fray to sign Ghana International Alfred Duncan.

Duncan earlier this month declared his intention to leave Sassuolo and revealed the club is open to his departure and is now awaiting the right price for his sale.

According to reports in Italy, Fiorentina are considering a move for Duncan in a bid to strengthening their midfield options.

The robust midfielder has been identified by Fiorentina manager Stefano Pioli as one of his most viable targets and is keen to make his move in the coming days.

Inter Milan and Lazio are among the clubs who have registered their interest in the 25-year-old who made 26 appearances for Sassuolo last season.