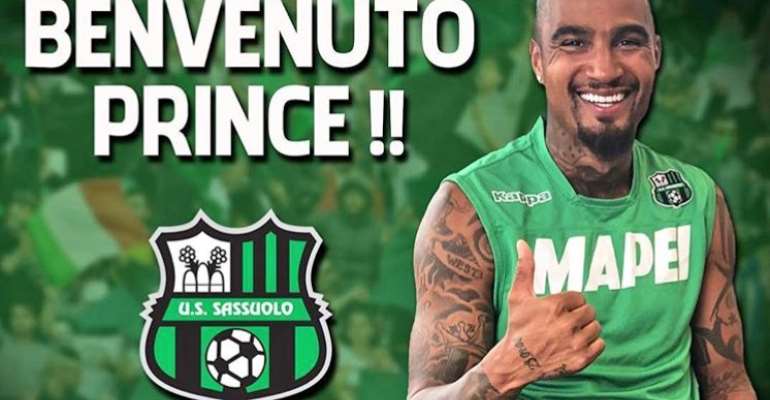 Kevin Prince-Boateng has officially joined Italian side, US Sassuolo ahead of the upcoming season.

The Ghana international joined the Italian giants from German Bundesliga side, Eintracht Frankfurt.

Prince-Boateng will be presented to the to the press tomorrow Friday, July 6 at 3 pm at the Seminar Room of the Mapei office in Via Valle d'Aosta, 46 in Sassuolo.

He will be expected to hit the ground running in the Serie A after winning the Scudetto with AC Milan in 2012.